Have a warm and safe holiday season

Have a warm and safe holiday season. I'll be hibernating with my family for the rest of the year. See you in 2011 :-)

Posted by Ola Silvera No comments:

This weekend: Make your own music box & the Wandering Winter Craft Show

I'll be running a workshop today to teach 5 or 6 people how to build a real mechanical music box using my DIY Music Box Kit. No flimsy paper strips here, this is the real deal with a mechanical wind up movement at its core. This happens from 2-3 PM at the City of Craft event. If you miss the event you can also pick up a kit at one of my favourite shops, the Wise Daughters Craft Market in the Junction at 3079 Dundas Street West. 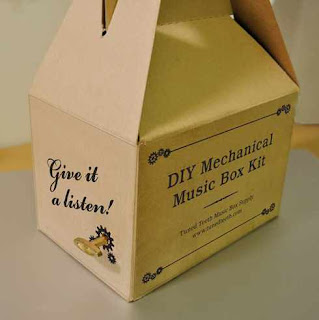 THEN on Sunday December 19th, I'll be doing my last gift show of the year at the Gladstone Hotel Wandering Winter Craft Show. The Wandering Winter Craft Show happens from 10-4 PM.This is just down the road from City of Craft and happens at the same time, so it's a good chance to hit two excellent craft shows at once if you're in the neighbourhood.
Posted by Ola Silvera 2 comments:

after packing up and heading back

After packing up and heading back to homebase when the show was done, instead of relief I felt strangely sad. I think it was like the very mildest sense of 'empty-nest syndrome", because I had worked for months up to the night before preparing to do this show, and when it was done and the laughs were had, the crowds were met and friends made and my little display was finally taken down and carted home, my craftoholic heart said "what next?" And the answer was not "plan, plan, panic, make" - it was "take a rest, the show's over!" I had to recalibrate.

The best part is meeting other creative vendors who I know have been working day and night like myself in putting our stuff out there. It was nice to meet Susan J in person and I do believe I saw the founder of Bust Magazine moseying around. Although I could tell attendance was down, I had a lot of fun at this gig and hope I get a chance to do it again. The Bust Craftacular gets a thumbs up! 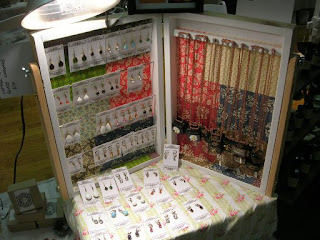 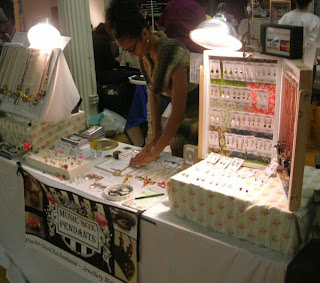 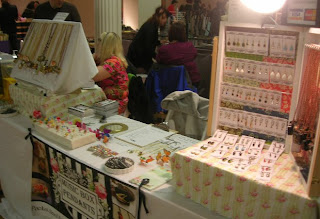 Here are some brand new pretties that I'm preparing for the upcoming Craftacular. 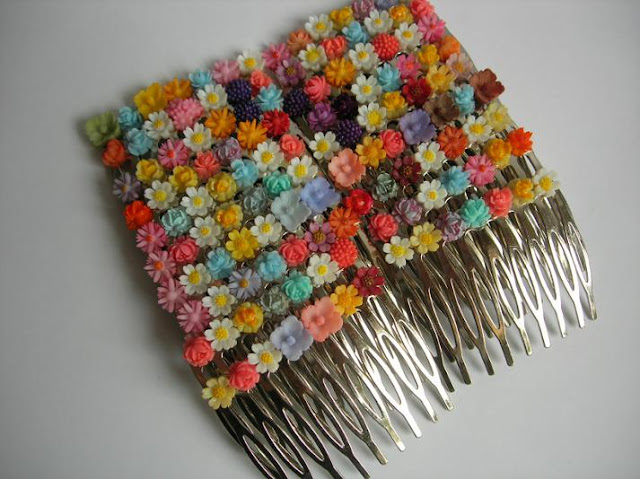 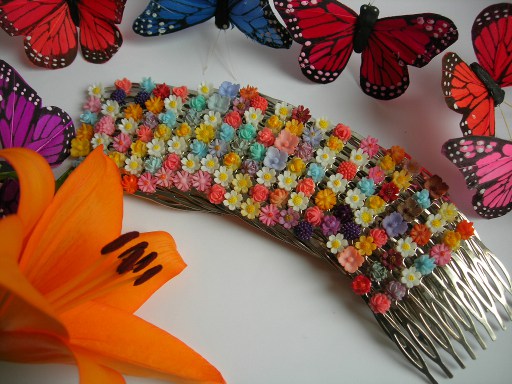 as earth turns in her winter sleep

"Will she EVER update again?" you wondered.

I just got some vendor info about the BUST Holiday Craftacular in my email. It gave me an unexpected rush of nerves. It's very exciting -- this is my first time at this event and I've heard about it for years. I wonder what to expect. Doing all I can to make it a good experience...

Me and my musical jewellery will be at table #46 on the first floor. I also learned that me and Mr.Man will be sitting across from puppet makers, which is just, one our favourite things in the world, besides squirrel monkeys
Posted by Ola Silvera 1 comment: