This is an adorable music box I'm cleaning up.
A mystic cat monkey rises up to reveal secrets from the unknown in the swami's crystal ball. The music box within this cute little toy plays Luck Be A Lady.  You can see it in action in the video below.

Lil' Swami video (linked until my embedding tool agrees to work again. Okay and it's sideways. If anyone knows how to fix that, please tell me!) 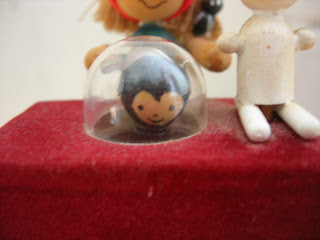 Getting things back in gear again after the Danforth East Arts Fair, which was such a great show.

I got a "no" from City of Craft (again) so yes that was very sad, but later on the same day - a big ole "we are happy to announce" from the 16th annual CBC show so that was heartening. I was so relieved, I was able to get all philosophical about it too. It's important to find the right show for your particular product and the jurying process usually helps with that step, though it may not feel that way at the time.

I saw the vendor list for the CBC show and recognized a few other names, including two whose wares I had my eye on at the DECA show last weekend; Kynk Natural Hair & Skin Care  and Coy Clothes, so I know it's going to be great. There are 62 vendors in total, plus a fair trade market.

Oh and in honour of Dec 1st World HIV/AIDS Day, vendor fees and a day of donations at the CBC Craft Sale will go to Unicef and directly to Child Protection around the world, which includes testing and prevention for mothers, babies and children.

December is going to be so busy, and it all starts now too. I'll also say, although it is only almost official, that though I won't be a vendor at this year's City of Craft, my little supply shop is in plans to be one of the sponsors, and I'll have the opportunity to spread the word about how fantastic music boxes really are.
Posted by Ola Silvera No comments:

I'm intrigued by this blog - http://thefemininetouch.blogspot.com which appears to be a long meditation about female beauty and age. It's almost entirely devoted to posting portraits of young female celebrities (artists, actresses etc.) alongside images that show how their appearance has changed after adulthood. 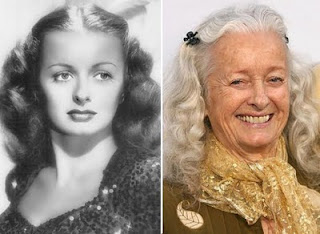 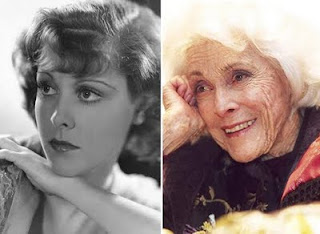 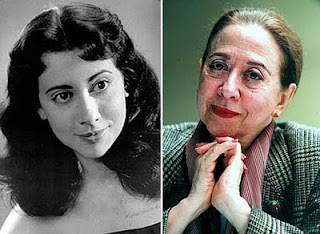 Some of the posts veer off in a slightly different direction - a recent post is about "vintage" celebrities famous for their beauty, alongside modern look-a-likes; another one is about how they've been seen through painter's eyes vs photographers, the rest seem to be entirely about youth, age and what can be perceived as beautiful.

I've been thinking a lot about aging recently and watching my mind and body change.
Posted by Ola Silvera 4 comments: